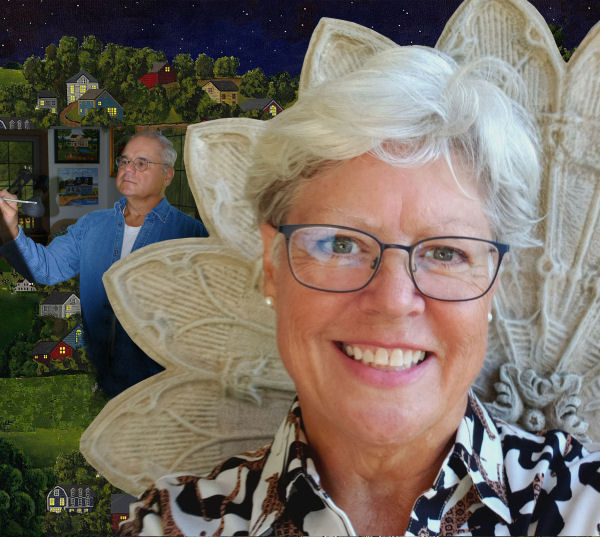 After marrying in 1999, Gail Fraser and Art Poulin each began different but parallel career paths. Gail Fraser began her writing career with The Lumby Lines, which became the first of the five-novel series published by Penguin Group. Subsequent books included Stealing Lumby, Lumby's Bounty, The Promise of Lumby, Lumby on the Air, and Lost in Lumby.

Prior to becoming a full-time author, Gail had a long and successful career in corporate America, ultimately holding senior executive and c-level positions in several Fortune 500 corporations and start-up companies. Her path allowed her to work with some of the most respected companies in the world, traveling to twenty-four countries with extended stays in Asia, Europe and Australia. Gail was born and raised in Rye, New York, and graduated, after foreign studies in English literature at the University of London-Birkbeck College, from Skidmore College in Saratoga Springs, New York, with a BA, and the University of Connecticut with an MBA, with graduate work done at Harvard University.

While Gail wrote, Art turned his focus to painting, and over the next two decades became one of America's foremost folk artists. An award-winning artist born in Waterville, Maine, Art canvases offer inviting landscapes that blend his love for America's simplicity with a deep appreciation and knowledge of twentieth century architecture. Art provided commissioned pieces to the US Army and Penguin Group publishing, and has had products selected by Universal Studios to appear on Fox Broadcast's "House", and offered as gifts by Paramount Picture for the 83rd Academy Awards. The extraordinary following for Art's originals and limited editions is matched only by the growing demand for a broad spectrum of licensed products that include exclusive seasonal cards, calendars, puzzles, apparel, crafts, and home and garden decor.

Before becoming a full-time artist, Art supported his country for 27 years of active duty as a tenor in the US Army chorus in Washington, DC, during which he had the honor to meet six presidents and numerous world political leaders and entertainment personalities.

After being married for twenty years, her husband, folk artist Art Poulin, unexpectedly passed away in 2018. During the transition that followed, Gail continued her own graphic design work and launched the AMPoulin brand which, through remastering, further extends Art's legacy. Most recently, her WeeyBeey portfolio of whimsical images was rolled out for international licensing. Concurrently, Gail returned to her roots in pottery and has opened a professional studio in Colorado, where she lives. Gail continues her passions of long-distance swimming, golf, and writing (a new series is in the making), and is an active member in Mensa. In her off-hours, she manages her company, Lazygoose USA, and its foundation that canopies the collective artistic assets she and Art created over the years.